LONDON, Sept. 1, 2021 /PRNewswire/ — 50 Best today bestows the honour of the Icon Award 2021 upon French chef Dominique Crenn, who has not only made significant contributions within the hospitality space but has also used her platform to raise awareness and drive positive change. In addition to being named The World’s Best Female Chef in 2016, Crenn has made history throughout the course of her career while blazing a trail for future chefs to follow. 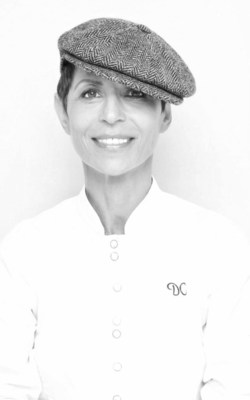 Dominique Crenn will receive her award at the official ceremony for The World’s 50 Best Restaurants, sponsored by S.Pellegrino & Acqua Panna, to be held in Antwerp, Flanders, on 5th October.

The French-born, San Francisco-based chef developed a keen interest in cuisine from her parents before she moved to the US aged 24 and began her formal training. Crenn opened Atelier Crenn in San Francisco in 2011 and the restaurant was awarded its first Michelin star within months. In 2012, Crenn became the first US female chef to oversee a restaurant given two stars. She then beat her own record in 2018 when Atelier Crenn achieved three-star status. In 2019, Atelier Crenn ranked No.35 on The World’s 50 Best Restaurants list.

Since being diagnosed with breast cancer in 2019 (now in remission), Crenn has spoken openly about her health to raise awareness of the disease. As a self-identified half-European, half North-African individual, Crenn also campaigned passionately for Black Lives Matter in 2020 and beyond.

William Drew, Director of Content for The World’s 50 Best Restaurants says: “Dominique Crenn is not just an outstanding chef and restaurateur, she is an example of someone who speaks truth to power in every aspect of her life – through her leadership, humanity and endless campaigning for social justice within as well as outside of the hospitality sphere.”

Dominique Crenn says: “It is an incredible honour to be selected as the recipient of the 50 Best Icon Award this year. For my work to be recognised by my peers fills me with such pride and appreciation. I hope to use this platform as an opportunity to give back and to inspire the next generation to be true to themselves and to always enjoy the journey.”