Artmarket.com: Ahead of Art Basel Miami 2021, Art Market Gender Parity is Still Wanting; But Could NFTs Change That?

PARIS, Nov. 30, 2021 /PRNewswire/ — Despite the big result for an exceptional (and relatively small) painting by Frida Kahlo, the Mexican artist was still only 18th in Artprice’s ranking of artists by auction turnover for the month of November 2021, behind 17 male artists. And while this trend was completely reversed for the generation of artists born after 1985 (the 8 top-selling signatures were all young women!), we ask: what is the gender parity situation on the NFT market? 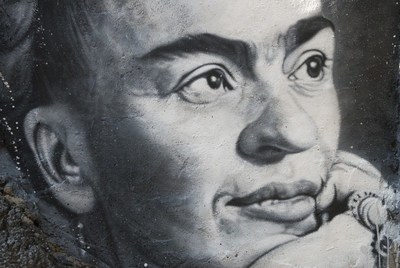 thierry Ehrmann, CEO and Founder of Artmarket.com and its Artprice department: “The creation of the NFTs market should be an opportunity to achieve some sort of gender parity on the art market. The technology is revolutionizing an entire industry, as shown by Art Basel Miami Beach which opens its doors this year to Tezos (“home to one of the fastest growing NFT artist communities”) and Scope Miami which has decided to issue its VIP invitations in the form of non-fungible tokens“.

It’s only a few years since NFTs first appeared on the web, and only a few months since the general public discovered non-fungible digital tokens; but some have already commented the lack of a female presence in this new world. Several projects have nevertheless been developed to try to correct this imbalance, starting with a collection of exclusively female PFPs (profile pictures) by World of Women: https://opensea.io/collection/world-of-women-nft

“World of Women was created to bring more diversity and inclusiveness to the NFT space while bridging the gap between collectibles and single edition art worlds“.

But things are changing…

Frida Kahlo was the top-selling female artist at the November auctions this year, but she was behind eighteen men. A study published by Ken Bromley Art Supplies in 2020 revealed that the Mexican painter ranked second among the world’s most searched artists on Google (first in 29 countries) behind Leonardo Da Vinci.

Diego y yo (1949) is one of the most important paintings by Frida Kahlo that doesn’t belong to a museum. On 16 November 2021 it fetched $34 million at Sotheby’s, 22 times its previous value in 1990. Although it was a very impressive result for the Mexican artist, Frida Kahlo is still not competing with Andy Warhol, whose signature generated $165 million at the November 2021 prestige auctions.

Over the past decade, female artists under 40 have nevertheless established themselves as the most successful artists of their generation on the auction market. In 2013 – 2014, collectors became enamoured with the work of Tauba Auerbach (1981) represented by the Paula Cooper gallery. This trend has gradually intensified to the point where the turnover ranking of artists born after 1985 (for November 2021) is heavily dominated by female painters.

Discover Artmarket and its Artprice department on video: www.artprice.com/video

Artmarket is a global player in the Art Market with, among other structures, its Artprice department, world leader in the accumulation, management and exploitation of historical and current art market information in databanks containing over 30 million indices and auction results, covering more than 770,000 artists.

Artprice by Artmarket, the world leader in information on the art market, has set itself the ambition through its Global Standardized Marketplace to be the world’s leading Fine Art NFT platform.

Artprice Images® allows unlimited access to the largest Art Market image bank in the world: no less than 180 million digital images of photographs or engraved reproductions of artworks from 1700 to the present day, commented by our art historians.

Artmarket with its Artprice department accumulates data on a permanent basis from 6300 Auction Houses and produces key Art Market information for the main press and media agencies (7,200 publications). Its 5.4 million (‘members log in’+social media) users have access to ads posted by other members, a network that today represents the leading Global Standardized Marketplace® to buy and sell artworks at a fixed or bid price (auctions regulated by paragraphs 2 and 3 of Article L 321.3 of France’s Commercial Code).

Artmarket with its Artprice department, has been awarded the State label “Innovative Company” by the Public Investment Bank (BPI) (for the second time in November 2018 for a new period of 3 years) which is supporting the company in its project to consolidate its position as a global player in the market art.

Index of press releases posted by Artmarket with its Artprice department:
serveur.serveur.com/press_release/pressreleaseen.htm

Discover the alchemy and universe of Artmarket and its artprice department https://www.artprice.com/video headquartered at the famous Organe Contemporary Art Museum “The Abode of Chaos” (dixit The New York Times): https://issuu.com/demeureduchaos/docs/demeureduchaos-abodeofchaos-opus-ix-1999-2013

L’Obs – The Museum of the Future: https://youtu.be/29LXBPJrs-o
www.facebook.com/la.demeure.du.chaos.theabodeofchaos999