VENICE, Italy, Sept. 8, 2021 /PRNewswire/ — Campari, the iconic Italian aperitif, launches Campari Red Diaries 2021: Fellini Forward at the  Campari Boat – In Cinema during the 78th Venice International Film Festival – La Biennale di Venezia, a pioneering project inspired by the late Federico Fellini that uses Artificial Intelligence techniques including machine learning to explore the creative genius of one of the greatest filmmakers of all time to create a one-of-a-kind short film. Showcasing the full project is a unique documentary covering the process from start to finish, exploring the future of cinema and human vs. machine creative collaboration based on evidence found in the short movie set in Rome and expert commentary. The documentary, featuring the short film, will have its North American premiere as a Partner Presentation at New York Film Festival on the 29th September, 2021 and will be available for consumers to view in select markets on Amazon Prime Video in the coming month.

Since its creation in 1860, Campari has pushed the boundaries of creativity to go beyond the norm, unlocking passions and talents of artists across different fields in the path to creation. From world famous names, to young and emerging talents, the relationship between Campari and the arts, especially cinema, has made its mark over the years, evidently still true to this day.

A notable partnership was found when Campari collaborated with Federico Fellini on a unique advertisement in 1984. This year, in an ode to this creative genius, Campari endeavours to continue the brand’s legacy, marrying creativity and innovation within the cinema industry with the most forward-looking technology calling upon Artificial Intelligence specialists, creativity fellows, Fellini experts, future generations and Fellini’s crew and family themselves to contribute and comment on this unique art experiment.

As champion of the artistic world, Campari has embarked on its most ambitious project yet, exploring new territories and fields in both the world of cinema and technology. The Campari Red Diaries 2021 Fellini Forward documentary, directed by award-winning duo ZCDC, Zackary Canepari and Drea Cooper, explores the topic of creativity, art and technology in an all-encompassing and bold study, capturing the project at every stage, from research and development to the final short movie output. With observations from short film director Maximilian Niemann and innovation expert Marc D’Souza, from production and innovation studio UNIT9, the documentary covers the full creative process, including the set up and inner workings of the Artificial Intelligence and an overview of the tools used throughout the production.

Generated thanks to the collaboration of human input and Artificial Intelligence tools, the short movie is inspired by Federico Fellini’s life, offering a metaphorical story of the debut and evolution of the Maestro in the cinema world, where the audience follows him on a journey from the very first spark of his passion as a young man up to his outstanding creations. The result was achieved thanks to the exploration of Artificial Intelligence tools, led by UNIT9, analysing past Fellini transcripts to understand patterns in language and descriptive detail and also carried out visual analysis of the director’s signature shots including camera movement and facial emotion. From this, bespoke scriptwriting and pre-visualisation tools were developed that combined learnings from the Artificial Intelligence to leverage Fellini’s creative DNA. These Artificial Intelligence tools then made suggestions to the script and visualisation of the new short film in order to create a piece of cinema that felt Felliniesque. Building this pre-visualisation tool on top of Unreal Engine, a real-time 3D creation platform, also enabled director Maximilian Niemann to picture and alter scenes before they were shot. With Maximilian’s and his crew’s input, as well as those who knew Fellini well, the result translates into an innovative and original approach to filmmaking and a passionate ode to Federico Fellini’s creative genius and dreamlike world.

Jean Jacques Dubau, Head of Marketing, Campari Group speaks of the project: “Through the Campari Red Diaries 2021 Fellini Forward project, Campari aims to continue the legacy of innovation and creativity set out by its founders, inspiring future generations and creatives across the globe to unlock their own passions.”

Campari has also created a distinct apprentice programme with students involved in the Fellini Forward futuristic projects from all over the world including Centro Sperimentale di Cinematografia (CSC) in Italy, The American Film Institute in Los Angeles and The International Academy of Audio-visual Sciences (CSIA) in Switzerland to explore the creative genius of Fellini, using the Artificial Intelligence technology and speaking to key members of the film crew at each stage of production to see first-hand how human minds collaborated with Artificial Intelligence to create the short film. The Italian apprentices from CSC also featured in the documentary, providing insight from future professionals on the project.

Fellini Forward premiered at the Campari Boat – In Cinema during the  78th Venice International Film Festival – La Biennale di Venezia  -The recap of the premiere can be seen here: https://bit.ly/Campari-Red-Diaries-Fellini-Forward-Launch 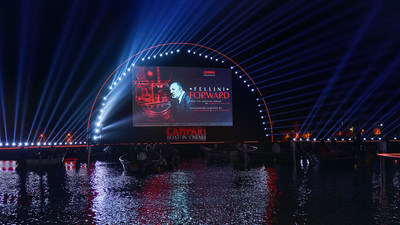 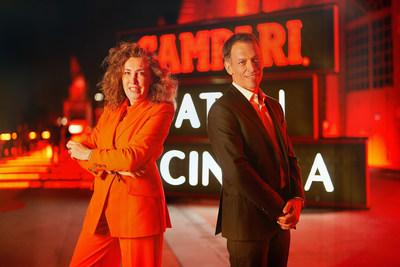 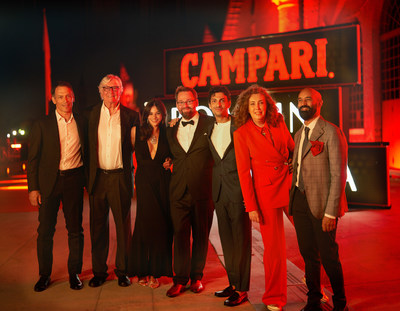