HALIFAX, NS, Jan. 19, 2022 /PRNewswire/ — Canadian Soprano Measha Brueggergosman-Lee will unveil the first chapter of her four-part virtual concert series (The Measha Series) on January 20th with a performance of her latest works from her album, Measha Jazz. Streaming from the Al Whittle Theatre (Wolfville, NS) at 7:30 PM (AST), Measha Jazz will highlight a repertoire of songs from the black songstresses of the mid-20th century, including Nina Simone, Carmen MacCrae, Dinah Washington, and Sarah Vaughan. Brueggergosman will infuse her signature versatility to songs like “Woke Up This Mornin'”, “Mi Romance“, “Take Me to the Water”, “You Can Have Him” and “Strange Fruit”. 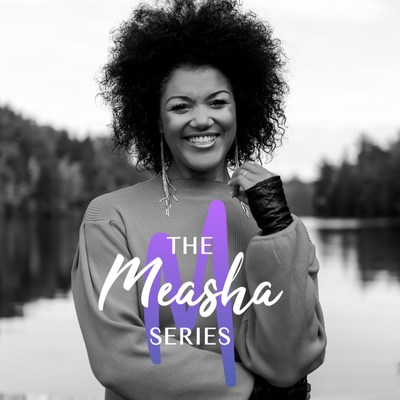 Measha in Jazz is the first in a series of virtual concerts that will highlight Brueggergosman’s deep passion for music, connection to community and an effortless embrace of a spectrum of musical styles and genres and features a musical collaboration with a roster of talented Nova Scotia artists that include pianist Aaron Davis, bassist Larry Bjornson, guitarist Steve Lee, drummer Dave Burton.

“I know we are better together”, says Brueggergosman.” I saw an unprecedented opportunity to mix my love of collaboration with the plethora of musical inspiration that surrounds me here in Nova Scotia.  We need more than ever to come together and music is a hope-filled, ministering healer.”

Together with collaborative pianist Daniel Clarke-Bouchard, Measha in Song is a program of classical song repertoire ranging from the mélodies of Ravel and Duparc to her Grammy-nominated interpretation of Richard Wagner’s Wesendonk Lieder and bring it all home with her Juno-winning interpretation of William Bolcom’s Cabaret Songs. Measha in Song streams from the Imperial Theatre (Saint John, NB).

Collaborating with pianist, Aaron Davis, bassist Larry Bjornson, guitarist Steve Lee, drummer Dave Burton and singers Marko Simmonds and Jah’Mila, Measha in Spirit is a program of gospel and spiritual repertoire featuring favourites such as “Amazing Grace”, “Go Down Moses“, “I Surrender All”, “In the Garden” and other hits from her album, Songs of Freedom.  Measha in Spirit streams from New Minas Baptist Church (New Minas, NS).

Measha in Dance is the final program in the series and is a celebration of drumming, poetry and dance. The show will feature Margaret Atwood, who will recite a new suite of her unpublished poetry.  In addition to dance, the show will incorporate the music of Bahamian drumming ensemble, Rush Culture, and original projections by Anna Shepard.

Brueggergosman-Lee began her career predominantly committed to art song recitals.  She has presented innovative programs around the world, including at Carnegie Hall in New York, London’s Wigmore Hall and Washington’s Kennedy Center – where she returns for concerts with Michael Tilson Thomas and The National Symphony in March 2022.  She recently was appointed Artist in Residence and Artist Advisor to the Board of Directors for Opera Atelier for the company’s reimagined 2020/21 and 2021/22 seasons.

“We are grateful to FACTOR, The Government of Canada and the Province of Nova Scotia for their support of The Measha Series“.

Artmarket.com: For a classification of NFTs on marketplaces and in Artprice databases