TOKYO, April 14, 2022 /PRNewswire/ — Casio Computer Co., Ltd. announced today the latest addition to the G-SHOCK brand of shock-resistant watches. The five new GA-B2100 watches are the first in the iconic octagonal 2100 line to be equipped with Smartphone Link connectivity via Bluetooth® and solar charging capabilities.

Released in 2019, the base-model GA-2100 was a contemporary interpretation of the very first G-SHOCK, the DW-5000C. Its simple, stylish design proved popular around the world, especially among younger consumers.

With Bluetooth® connectivity and a solar charging system, the new GA-B2100 shock-resistant watches add a whole new level of convenience. Smartphone pairing* via Bluetooth® delivers accurate timekeeping. The Tough Solar charging system effectively converts light from fluorescent lamps and other sources to power the watch, eliminating the need to regularly replace the battery.

In addition, these watches feature a slim module with optimized component layout to retain the compact watch face for which the 2100 line is known, yet still deliver enhanced functionality. Combining this with the Carbon Core Guard structure, which protects the module with a carbon fiber-reinforced resin case, provides both shock resistance and a compact case that is still the same length and width as the GA-2100. 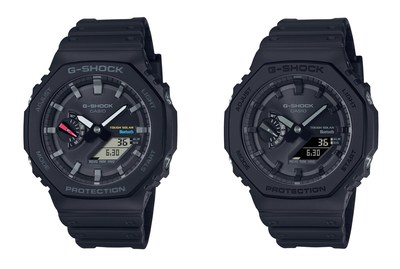 The Bluetooth® word mark and logos are registered trademarks owned by Bluetooth SIG, Inc. and any use of such marks by Casio Computer Co., Ltd. is under license.

CGTN: China to make Hainan an example of reform, opening-up in new era

HarperCollins Publishers is proud to announce Hymns in Blood by Nanak Singh, Translated by Navdeep Suri