DALLAS, Aug. 16, 2021 /PRNewswire/ — A series of movie style trailers and short film clips released worldwide will provide never before seen insights into the history, facilities, and operational aspects of one of the greatest, private ranches in the southern plains area of Texas, New Mexico, and Oklahoma regions.

Dubbed the “Prize of the Panhandle”, the mega spread Turkey Track Ranch of approximately 80,000 acres has been owned and operated by the same family for some 120 years. It’s now slated to hit the global marketplace September – October 21.

The Icon Global Group, tasked with taking the property to the international marketplace, is releasing a sequential series of movie style trailers and short clips in the lead up to the launch date and reveal of the main feature. Today’s preview trailer release is the first of several to come

The collaboration between the Icon Global Group and film production company, Running Iron Productions, is both new and groundbreaking.

Icon founder, Bernard Uechtritz, said – “Ranches have never been marketed this way before. This initiative is as unique as the ranch itself, and as such, appropriate. This property is by far and away the most productive and unique of its kind and class – its history, unparalleled. The importance of storytelling dramatically and visually in a cinematic approach with big screen and big sound is critical in conveying the qualities and place in history of this ranch and deservedly so. It’s a worthy tribute to generations of the pioneering family, the great state of Texas and in fact, American history.”

Ty MacCarty and Robert Jornayvaz are co-owners, producers, and directors of Running Iron Productions. Producing fast paced international Polo matches, as well as short films and commercials from Nissan to National Geographic – the duo have now teamed up with Icon Global to work in the ranch and real estate space.

MacCarty stated – “Working with Icon Global has been a next level experience. Uechtritz is a forward-thinking businessman who is constantly working to create marketing material unlike any other in the industry. We have collaboratively pushed our creative abilities to set a high bar. Our goal is to capture the feeling and beauty of these great and rare pieces of property and relay it to an audience within a few short minutes of captivating content.

About Turkey Track Ranch | https://www.icon.global/turkey-track-ranch  W.T. (Tom) Coble and later James (Jimmie) A. Whittenburg III, were two of the stewards. Each was a past president of The Texas and Southwestern Cattle Raisers Association. Each considered a visionary as well as community and business leaders.

Tom Coble was a contemporary of Dan and Tom Waggoner of the Waggoner Ranch, Samuel “Burk” Burnett of the Four Sixes Ranch, and Charles Goodnight of the JA and Goodnight Ranch. Coble recognized the infinite resources of the Southern Great Plains. Like Waggoner, Burnett, and Goodnight, he created a cattle kingdom that was sustained by thousands of acres of grass.

Later, Whittenburg was the larger-than-life Texas Icon and entrepreneurial modern-day rancher who led the management of the Turkey Track for several decades. An early trendsetter of flying between properties and business interests, he operated several significant ranching interests in Texas and New Mexico, along with other business interests which included Aviation, Oil & Gas, Banking, Cattle Feed Yards; he was also a Special Texas Ranger.

A winner of the Cattlemen’s Beef Association Environmental Stewardship award in 2016, the Turkey Track is also held in high esteem by the industry. Pete Bonds, then president of the Texas and Southwestern Cattle Raisers Association, said, “Turkey Track has an outstanding record for their environmental stewardship practices, water management programs and excellent grass diversity.”

Eric O’Keefe -Editor, The Land Report stated “The Turkey Track clearly qualifies as the last of the great legacy ranches of the Southern Plains. Given its superior natural resources, especially its Canadian River frontage I have no doubt that its sale price will set a new standard for the Panhandle.”

The property is also the site of the two famed battles of the Adobe Walls of 1864 and 1874, and this hallowed ground — just north of the Canadian River — is revered by descendants of all combatants. In June of 1924, a six-acre site was given to the Panhandle Plains Historical Society commemorating that month the 50th anniversary of the second battle of the Adobe Walls. In 1941 a monument dedicated to the Native Americans who fought and died in the Battle of 1874 was also erected. Both monuments stand within the ranch today.

Icon Global’s Bernard Uechtritz stated, “I have had the privilege of marketing many great ranches, and this is one of the greatest. It sets a high bar in terms of value and is incomparable among its peers. This ranch is not famous for being famous, but for being private. It has never been marketed or commercialized as a brand, nor has it been controversial. It is simply revered and respected for being good, diverse, stout, and solid. It is both beautiful and productive and has been well managed at every level, evidenced by its cattle carrying capacity and abundance of wildlife. Its natural resources and position in history are unparalleled by anything recently sold or on the market and it’s truly a One of One. It is without question not only the ‘Prize of the Panhandle’, but one of the last and great dynastic, legacy ranches of its kind.” “I expect interest in this ranch to be significant as we formally go to market,” he added.

We are a video production and a brand storytelling company. We have a broad scope of work, from corporate and commercial video to narrative documentary, to live events and event production. Our team is made from a group of creatives who are equally as dedicated to executing in difficult locations as they are to the craft of storytelling. Preparedness to the variables of any situation is what we pride ourselves on. Whether it is skiing into the backcountry, filming horseback, or capturing a construction project safely, it is the challenge to create something unique that drives us. 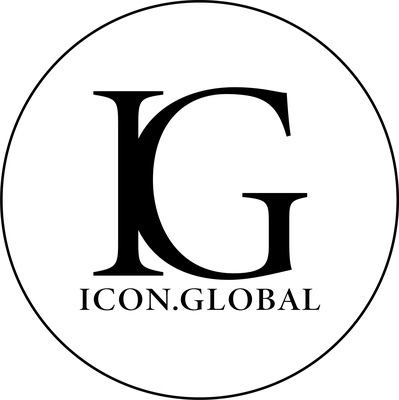