The documentary’s cinematography draws inspiration from Chinese freehand brushwork and uses symmetrical images to express the beauty of harmony and generate a pure and sublime quality. With image setting and color composition placing a huge emphasis on Eastern aesthetic principles, each frame is transformed into a vivid ink wash painting unfurled before the audience. 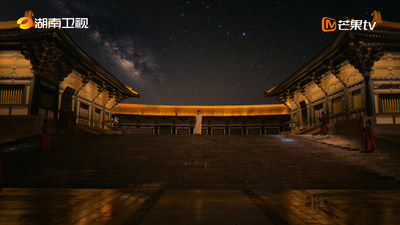 Stories are also not unfolded through mere acting, but also symbolic visual language coupled with minimalist image composition to convey contextual information. The documentary is also shot in High-Dynamic Range (HDR) to deliver a fully immersive cinematic experience for its global audiences.

Showing Eastern aesthetic at its finest, the storytelling also takes inspiration from the essence of the Chinese traditional visual arts which are characterized by vivid expressions and bold outlines, thus the beauty is expressed by capturing the inner spirit and force through poetic language as opposed to a linear description. For example, in a scene of the documentary, Du Fu, one of the most revered poets in Chinese history, uses Qinqiang Opera to express his inner monologue whiling wielding a brush pen in the air to write poems.

Slow-motion is adopted throughout the documentary to deliver a greater sense of serenity and intimacy, creating a semi-realistic and dreamy condition as the audience savors the grace of Chinese culture. The result is a documentary that is elegant without losing gravitas, interesting without losing emotional touch, easy-to-understand without losing profundity. 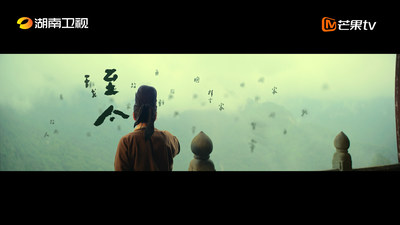 Co-produced by Mango TV, Hunan TV and Beijing Bojing Culture, the historical documentary CHINA Season 2 explores China’s legacy from the Tianbao era in the Tang Dynasty, the turmoil of the Five Dynasties and the national unification of the Yuan, Ming and Qing Dynasty, to the 1911 Revolution, showcasing Eastern aesthetics with the latest cinematic technology.