LOS ANGELES, April 28, 2022 /PRNewswire/ — Zcash Media, a division of 37 Laines, today has officially confirmed Edward Snowden, world famous privacy advocate and NSA whistleblower, is John Dobbertin – the pseudonymous participant in Zcash’s trusted setup process. The revelation has been validated by Edward Snowden himself in an exclusive interview with Zcash Media in their short Zcash educational video The End of Zcash’s Trusted Setup: Who is John Dobbertin? that aired on Zcash Media’s newly launched YouTube and Odysee Channels.

The video is the second of two short documentaries by 37 Laines that secured production and distribution funding through the Zcash Community Grants (ZCG) program, which is administered under the umbrella of the non-profit Zcash Foundation. Just under 9 minutes long, the video pieces together some of the major technological challenges and breakthroughs Electric Coin Co. has made since it launched Zcash six years ago. Starting with Zcash’s launch in 2016 by way of the complicated Trusted Setup Multi-Party Computation process, more famously known as “The Ceremony,” the video leads up to Halo, the recent cryptographic breakthrough by Electric Coin Co. Engineer Sean Bowe. Halo proving-system technology, being implemented in Zcash’s upcoming Network Upgrade 5, eliminates the need for further trusted setups, greatly simplifying and securing Zcash’s underlying infrastructure. With the much-anticipated removal of the trusted setup came the opportunity to reveal one of crypto’s best-kept secrets – the identity of John Dobbertin. As part of their production process, 37 Laines was able to secure a rare interview with Edward Snowden where he officially revealed his role in Zcash’s Ceremony and exactly why he did it. Watch the video and be one of the first to hear the news.

“When we started Zcash in 2016, a trusted setup process was the only scientific option for preventing counterfeiting, while still using strong encryption to ensure privacy. We made it as secure and transparent as possible by splitting up the key-generation process among six different participants, knowing that as long as one person involved remained trustworthy and destroyed their key after the process was complete, Zcash would be secure against counterfeiting.

I recruited people who I knew could be trusted to act with integrity, and for that purpose, I reached out to Edward Snowden to be one of the six members of the original Ceremony. Even though we know The Ceremony was completed safely, we have always asked, ‘How can we get rid of trusted setups to make Zcash more secure against counterfeiting and easier to upgrade in the future?’ Due to Sean Bowe’s cryptographic breakthrough called Halo, we can finally do that, and at the same time, let go of the last secret from the original Ceremony, the identity of John Dobbertin,” said Zooko Wilcox, CEO at Electric Coin Company.

RELATED
Zcash’s Network Upgrade 5, including implementation of the Halo proving system, is one of a series of releases from Electric Coin Co. that contains numerous other UX improvements for Zcash, such as unified addresses and auto-shielding – two features that enable shielded-by-default transactions in supporting wallets.

About 37 Laines
37 Laines is an award-winning film production house run by Natasha Mynhier and Jeff Hammerton. Out of our office in Santa Monica, CA, 37 Laines produces high quality creative work for clients across the US, including branded content, commercials, short films, music videos, digital content, web-series, live events, and documentaries.  Our team has created content for brands like Netflix, Marvel, ESPN, and Vogue, supported directors like Vincent Peone and Shruti Ganguly, and most recently won a Gold Award at the 2020 Young Director’s Awards for our short film, In a Beat.

About Zcash Media
Zcash Media, a division of 37 Laines, is a team of filmmakers, writers, scientists, and marketing experts whose mission is to create and distribute documentary-style educational content on Zcash and related technologies. 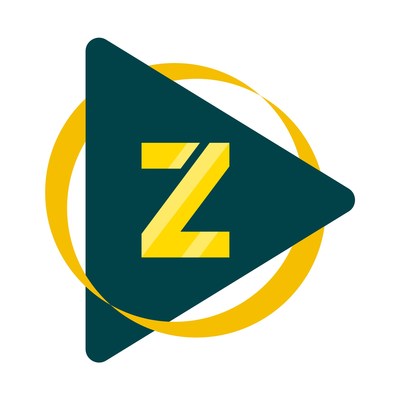