RIYADH, Saudi Arabia, April 20, 2022 /PRNewswire/ — The international Holy Quran and call to prayer competition that is shown in the Otr Elkalam (Scent of Speech) TV show has changed the professional field of Bahraini doctor Mohammed Samir Mohammed Mujahid after he won third place in the Holy Quran recitation category and received a financial award of SAR 1 million ($266,500). Mujahid said that he may change his interests to other matters characterized by charitable and humanitarian work. 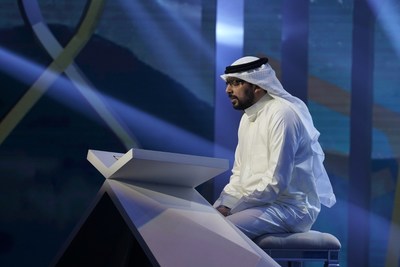 Mujahid pointed out that Otr Elkalam is the most challenging competition in terms of criteria and level of contestants. “At first, I was hoping to reach the final stage of the competition. I worked hard and trained in recitation, tajwid and maqams,” he said. “Reaching the final stage in itself is a great achievement.” Mujahid thanked Royal Court Advisor Turki Al-Sheikh for the wonderful organization of the competition and his honoring of the winners.

Otr Elkalam is one of the most important competitions launched by the General Entertainment Authority in Ramadan, with its content that suits the spirituality of the holy month of Ramadan and sheds light on the role of the jury in improving the performance of the contestants by providing them with helpful notes that assist them in mastering the recitation of the Holy Quran and delivering the call.