LONDON, Feb. 3, 2022 /PRNewswire/ — NFT entrepreneur Doctor Troller is calling for an end to the current toxic climate of FUD attacks in the NFT marketplace. 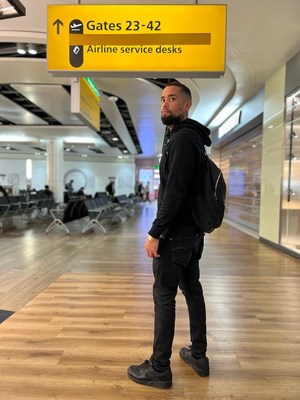 The 35-year-old London based NFT artist has warned that the growing practice of FUD (Fear, Uncertainty and Doubt) posts on social media has reached such epidemic levels that it now threatens the whole future of NFTs.

Doctor Troller, real name Andrew Brown said: “In the past year there have been a growing number of influencers who are repeatedly putting out negative feedback about various NFT launches.

“Clearly in such a volatile and unpredictable marketplace speculation on the validity of new NFTs is bound to arise.

“But recently FUD rumours are starting to kill off promising NFTs even before they get started.”

He has been a victim of FUD attacks with his own launch of Crocs League NFT collectibles.

He said: “There is evidence in several cases that influencers are being paid by rival businesses to spread malicious rumours about new NFTs to destabilize their businesses as they prepare to launch. Several perfectly good NFTs have been shot down in this way in the past few months, and will probably never recover.

“They start with a rumour on social media platforms which are not based on any study and have no proof. As these rumours spread and are repeated across social media they gain traction, just by being widely spread and shared. Once they have reached critical mass they will often cause a huge sell-off of a particular NFT, whose price will then plummet.

This then falsely validates the rumour mill into thinking it had predicted a ‘rug pull’ or a ‘pump and dump’.”

Doctor Troller acknowledges there is a need for influencers to call out bad practice in the NFT market, but states that it must be done on the basis of evidence and thorough investigation not just unsubstantiated rumours.

He said: “It’s important that this marketplace is self-regulated that’s the whole point of decentralised markets but for that to happen effectively we must not descend into this sea of false FUD reports.

The best thing we can do to counter the false FUDs is to report and block influencers who abuse their position, and the boycott the companies that pay for false posts. We must grow stronger networks and communities of trust if the NFT marketplace is to prosper.”

HarperCollins is proud to announce the release of The Struggle and The Promise: Restoring India’s Potential by Naushad Forbes