Working towards passion to purpose, the MJSPR way of creating political brands and leaders

BENGALURU, India, Dec. 28, 2021 /PRNewswire/ — This is a competitive world where every field is evolving on a daily basis. Severe competition to excel has become the new norm. Indian politics is also one such field where there is constant pressure on politicians to make a mark and march ahead. In this journey of politicians, MJSPR’s political vertical is playing a significant role in political parties’ and politicians’ careers. MJSPR is a communication and strategy consulting firm that offers a myriad of services to its clients. Through its political public relations wing, it has been helping and building the political careers of a host of politicians across India. 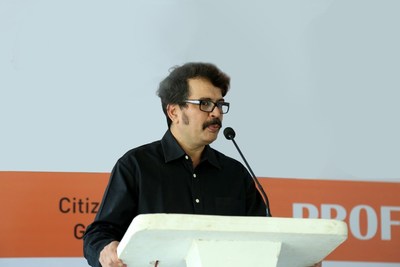 In the last 14 years, MJSPR, led by M J Srikant, has given visibility as well as improved the prospects of its political clients. PR has become an integral part of politics, especially electoral politics. MJSPR, employing the latest technology, has been serving its political clients to get them going both online and offline. MJSPR has proved that PR is not just about giving publicity but building a trusted brand for its corporate clients. A similar approach is adopted by the political vertical of the company to boost the image and prospects of politicians. MJSPR, equipped with a pool of talented resource persons, does handholding for politicians who invariably face a paucity of time, to devote for image enhancement and strategically working to get media mileage.

MJSPR’s strength lies in identifying a politician’s problems through extensive research, data mining, data analysis, and interpreting. In Psephology, quantitative and qualitative analysis are adopted to study Lok Sabha and Legislative Assembly constituencies. It doesn’t stop there. The outcome of the in-depth study is presented to the clients in such a way that they easily understand the scientific and unbiased outcome. Usually, politicians err in understanding their poll prospects, mainly because they are surrounded by those who wish to give them only positive feedback. However, ground reality is often different. MJSPR has done profiling of constituencies to feel the pulse of people, understand the voters’ psychology, and assess the prospects of its candidates.

The political vertical of MJSPR doesn’t believe in doing armchair work. It goes to the field, meets people, interacts, and then draws its inferences. It has deep knowledge of the dynamics of political parties and constituencies across India. The company strategically positions its political clients throughout the year. There are instances where the MJSPR team has carried out extensive poll strategies by camping in constituencies along with candidates. Political situations vary on a daily and sometimes an hourly basis. On such occasions, MJSPR constantly gives guidance to its clients to meet the challenges.

Through its vast experience and network, MJSPR does its homework so well that their clients just have to follow the suggestions. The company is pro-active and doesn’t wait for its clients to call and seek help. The company itself gives intelligence inputs to clients even before they are sought. So collaborating with MJSPR is like having a life-time guide, philosopher, strategist, and media manager. For MJSPR, clients are like friends and extended family. Its clients have never looked for an alternative to MJSPR for many years because it is a choice they have made. Even during the peak pandemic periods of 2020 and 2021, MJSPR ensured that its political clients were in touch with ground realities and their constituents via social media.

For MJSPR, politics is a passion. It believes in constructively being involved in improving democratic debates, participation, and governance. While adopting the latest technology for analysing and data management, it is now working on adopting artificial intelligence (AI) to improve its services to political clients. The interconnection between AI and democracy is apparent. Technology, if used appropriately, enhances the quality of governance. AI is expanding beyond one’s imagination. While adopting the powers of technology and machines, MJSPR would always like to be rooted in human intelligence and common sense. MJSPR uses AI’s potential to consolidate their political clients’ positions in public life and elections. They don’t believe in using digital technology to manipulate public opinion and create a false world for clients. However, they would like to use it to combat disinformation campaigns, increase the presence on social media platforms, and create democratic movements in which clients play a key role.

In a nutshell, MJSPR’s political vertical is using every possible mode to create the right buzz for politicians and political parties and thus has become a brand for quality.

MJSPR creates winning PR strategies, manages reputations, designs media coverage, charts crisis communication plans, and does handholding when needed. Politicians need both perception building and propaganda, and we specialize in both. By creating media platforms, we empower politicians to become influencers for the good of society. Our clients have learned that PR is not a stunt, but rather an image building exercise. Communications and media management are art forms, and MJSPR has mastered them.