BEIJING, Sept. 23, 2021 /PRNewswire/ — Quanzhou, a port city located in east China’s Fujian Province and known as hometown for overseas Chinese, sent a public letter from home to overseas Quanzhou people to comfort their homesickness at the Mid-Autumn Festival on Tuesday. 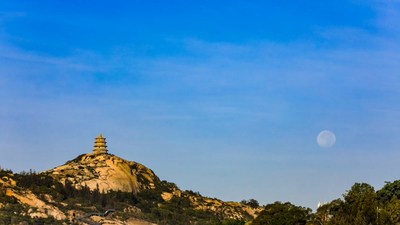 The city chose the timing to take the move as the festival, also called Moon Festival, is the second most important festival for a family reunion after the Spring Festival in China.

With nearly three fourths of the 2021 already passing, Quanzhou celebrated with Quanzhou people at home and abroad the Mid-Autumn Festival with both eye-catching achievements and touching experience.

Believing in “where there is seawater, there are Quanzhou people”, the city has always been a model for hard working to win for a better future.

In 2020, Quanzhou saw for the first time its gross regional product exceed one trillion yuan, which rose 2.9 percent year on year despite the COVID-19 epidemic.

Now, the city is working hard to build a better Quanzhou with blueprints for development already in shape in the new era.

CGTN: Hong Kong to start a new chapter after 25 years of prosperity