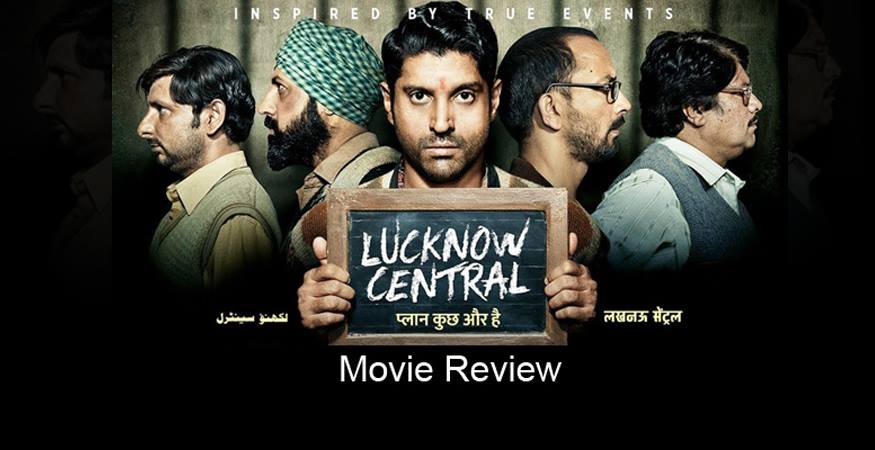 Farhan Akhtar is a multi-talented person who not only directs movies but also gives his voice for playback as well as acts in films. His latest movie “Lucknow Central” is the story of prisoners who try to escape from the jail when they are given a chance to make a music band and perform on stage on August 15.

The biggest problem for “Lucknow Central” is that a flick entitled “Qaidi Band” got released just couple of weeks back and this movie is based on almost same plot so the viewers are sure that they are not going to see anything new in Farhan’s movie. However, “Lucknow Central” fares better than “Qaidi Band” in terms of many aspects and performance of actors is one of them.

Kishen, the main character of the movie played by Farhan, wants to make big in the field of music as a singer but he finds himself in Lucknow Central. He was accused of the murder of a senior inspector, a crime which he never committed. He was waiting for a hearing in High Court when Gayatri (Diana Penty) enters the plot. She works for an NGO and was given the responsibility to form a band of prisoners which has to perform in front of CM on 15th August.

Farhan has performed his role well and has got a good support from the supporting cast of Dikkat Ansari (Inaamulhaq), Victor (Deepak Dobriyal) and Pali (Gippy Grewal). Diana has done a pretty good job; however, there was not much for her to do in the flick. Attention has been given on music too as it is the basic plot of the film.

The movie also talks about the problems and harassment that are faced by prisoners in the jail and shows something which is completely hidden from the common public.