Ittefaq Trailer: Sonakshi Or Sidharth, Who’s The Killer? An Intriguing Classic Murder Mystery On The Way 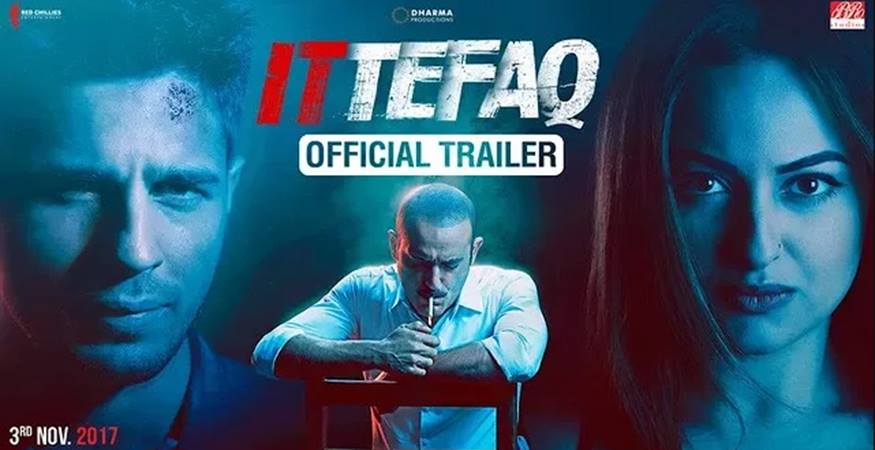 In the flick, Akshaye has played a smart cop and his character looks similar to what he played in “Mom” featuring Sridevi. Sonakshi’s character appears to be quite strong and she claims to have been assaulted by a killer in her home. Well, she might be telling a lie here too; the case might be that she only welcomed the so-called murderer, i.e., Sidharth and then made up mind of not speaking the truth.

As clearly apparent from the trailer itself, the movie presents a classic mystery in which the story has been narrated from two entirely different angles. Two people are killed and the cops have two suspects, Sonakshi and Sidharth. Both of them tell their own versions of story which are simply contradictory to each other and obviously, only one can be correct which implies that one of the duo is telling a lie but who?

It’s an adaptation of Yash Chopra’s 1969 released “Ittefaq” in which main characters were portrayed by Rajesh Khanna, Nanda and Madan Puri. In this version, Sidharth is seen in the role of Rajesh while the character of Madan Puri is portrayed by Akshaye and Sonakshi is undoubtedly playing Nanda.

Shooting of the movie has been done in just 50 days and it will hit theatres on 3rd November.